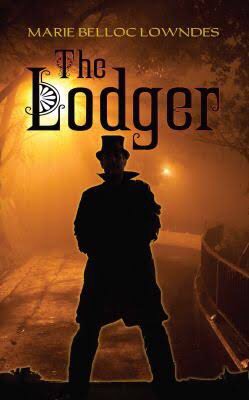 I downloaded an app called serial read, that basically sends me a portion of a book each day to my cellphone and that is how I found this book. Inspired by the Jack the Ripper murders in London, this book takes the reader on a slow building thriller about an impoverished couple in desperate need of money who are saved from destitution by a new but very odd lodger. Aware from early in his stay that the lodger is suspiciously gone from the house on nights when a serial murderer is wandering about, Mrs. Bunting begins to have concerns about the lodger. However, because his money is the only thing keeping her and her husband afloat, she ignores these signs to the detriment of her health and sanity and slowly begins to fall to pieces as she connects the dots.

Blissfully unaware until much later in the book, Mr. Bunting, is concerned about his wife’s health, but is simultaneously obsessed with the murders. Each morning he wakes to listen for paper boys yelling about a new murder or the latest news on the killings, pulling his wife further into despair as the reality of the situation they are in becomes more and more obvious. Add into the mix Mr. Joe Chandler, a policeman heavily involved in the case and a family friend who frequently visits to woo Mr. Bunting’s daughter, Daisy, and you get a story that is subtle yet haunting.

This book was published in 1914 and was based on a short story written in 1910 by Lowndes. The novel although not a must read is a very good read and an essential for any fan of modern crime novels. The book delves into the role of gender and subordination through the development of the main character, who at once is entirely domestic, but also incredibly perceptive. Her femininity is an asset that helps her investigate her lodger, but also plays into her complicity with the crimes being committed. Her failure to turn in her lodger is tied in with her role in the domestic sphere, as her absence from the public sphere allows her to supplant her own needs over the safety of her neighbors and of other women. It is a fascinating spin on the role of women in society and the debate on the responsibility of those not fully integrated with in society.

A psychological thriller and a must read for the crime enthusiast or someone who enjoys a good British read.

Up Next: A Wrinkle in Time by Madeleine L’Engle